The ownership and copyright of this article belongs to the original writer and this is just a translated version, only for sharing.

Feeding Your Cat: Know the Basics of Feline Nutrition

Cats are obligate (strict) carnivores and are very different from dogs in their nutritional needs.

What does it mean to be an ‘obligate carnivore’?

It is very important to understand that not all proteins are created equal.

Proteins derived from animal tissues have a complete amino acid profile. (Amino acids are the building blocks of proteins. Think of them as pieces of a puzzle.)

Plant-based proteins do not contain the full compliment (puzzle pieces) of the critical amino acids required by an obligate carnivore.

The quality and composition of a protein (are all of the puzzle pieces present?) is also referred to as its biological value.

Humans and dogs can take the pieces of the puzzle in the plant protein and, from those, make the missing pieces.

Cats cannot do this.

This is why humans and dogs can live on a vegetarian diet but cats cannot. (Note

that I do not recommend vegetarian diets for dogs.)

Taurine is one of the most important amino acids that is present in meat but is missing from plants.

Taurine deficiency will cause blindness and heart problems in cats.

Veterinary nutritionists and pet food company representatives will argue that they are smart enough to know *exactly* what is missing from a plant in terms of nutrient forms and amounts - nutrients that would otherwise be in a meat-based diet.

complete and balanced to sustain life in an obligate carnivore.

The problem with this way of thinking is that Man is just not that smart and has made fatal errors in the past when trying to guess how to compensate for such a drastic deviation from nature.

Not all that long ago (1980s) cats were going blind and dying from heart problems due to Man's arrogance.

It was discovered in the late 1980s that cats are exquisitely sensitive to taurine deficiency and our cats were paying dearly for Man straying so far from nature in order to increase the profit margin of the pet food manufacturers.

There are several situations that can lead to a diet being deficient in taurine but one of them is using a diet that relies heavily on plants as its source of protein.

Instead of lowering their profit margin and going back to nature by adding more meat to the diets, the pet food companies simple started supplementing their diets with taurine.

This is all well and good - for this particular problem - but how do we know that Man is not blindly going along unaware of another critical nutrient that is missing from a plant-based diet?

Why is Man so arrogant that he thinks he can stray so far from what a cat is designed by nature to eat?

How many cats become ill or die from these species-inappropriate diets yet the patient's diet is never even questioned as a possible cause of the illness or death?

We cannot answer that question definitively but I have no doubt that the answer would be "many".

Do cats survive on these supplemented plant-based diets?  Yes, many of them do.

Do cats thrive on these diets?  No, they do not.

Please pay special attention to the words *survive* versus *thrive* as there is a very big difference between the two states of health.

Another important issue with regard to the protein contained in a dry food is that it has been cooked at very high temperatures for a long period of time.  The extensive cooking required to dry the product decreases the biological value of the protein sources.

Man then has to guess which nutrients – in what form and amounts – were destroyed by this cooking process and then try to add them back into the diet.

Given that Man will never be as ‘smart’ as nature – he will never know every detail of a cat’s normal prey - it is obvious that there is a risk when arrogance and greed cause humans to stray so far from a cat’s natural diet.

With regard to the overall protein amounts contained in a food, do not be confused by the listing of the protein percentages in dry food compared to canned food.

At first glance, it might appear that the dry food has a higher amount of protein than the canned food—but this is not true on a dry matter basis which is the accurate way to compare the two foods.

Most canned foods, when figured on a dry matter basis, have more protein than dry food.

And remember, even if this was not the case, the percentage numbers do not tell the whole story. It is the protein’s biological value that is critical. 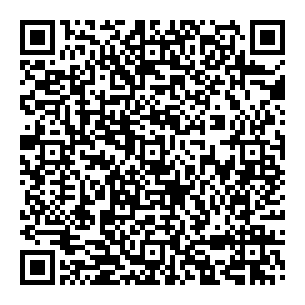