The ownership and copyright of this article belongs to the original writer and this is just a translated version, only for sharing.

There are so many different factors involved in how quickly and enthusiastically a cat will accept a new diet. If you're still leaving dry food out all and allowing her to "free-feed" off that, then you're not letting hunger work in your favor. You're not doing your cat any favors by feeding dry food.

Sometimes it's best to switch your cat first to a quality canned food, and then start sneaking very small amounts of the raw food into that food and slowly increasing the amount over time until the transition is complete. Get the dry food OUT of your house. Your cat can probably smell it and will hold out stubbornly if she knows it's there.

Devoted kibble addicts often have a difficult time accepting the new food, so you have to employ some tough love, and gather your own patience while honing your feline manipulation skills to get your cat eating healthier food.

Don't be in a mad rush to get your cat switched over. I hear an awful lot of stories of people who give up when their cats don't instantly take to the new food. Remember -- the idea is to make the transition. Not to make it overnight. Proceed steadily in the right direction, slipping small amounts of the new food in with canned. Don't rush things. I transitioned my cats over a period of three weeks. Other people with more cats or older animals took two months or even longer to fully get their crew on all raw. Take the time you need and don't hurry.

Should I switch my cat to this food "cold turkey”?

That's a tough one to deal with in a few sentences that give a one-size-fits-all answer. Frankly, the speed at which you should switch your cat will depend a great deal on your cat's age, temperament, health, and the diet she has been eating up to this point. If your cat has only eaten dry food previously, I strongly urge you to ease her off the dry food and get her eating regular meals of a quality canned food slowly first. The next step is to sneak in small amounts of the raw food mix in over time.

There really is no easy answer here, but as a general rule of thumb, I suggest to people that unless they have a very young cat or kitten, it's best to go slowly. Take at least a week to ten days to fully transition an adult cat, and that's presuming the cat is at least already off of all dry food. Raw food is very different from commercial food in many ways, and it's best to give your adult cat's digestive system a bit of time to slowly adapt to the new food. Kittens? They're magnificent at devouring raw food in remarkable quantities and switching them over is usually fast and relatively painless.

I have certainly known people who switched their adult cats "cold turkey" and their cats did just beautifully, seemed oh-so-grateful to finally have real food to eat, and showed no sign of anything different other than overall better well-being, "miraculously" improved stools, and satisfaction with their new food. But I have also seen instances of people whose cats took to the new food with gusto initially and then either vomited the food or had a day or two of digestive problems. In these cases, it's clear the transition was made much too quickly.

Don't shock your cat's system. Ease her at an appropriate speed on to a healthier diet.

Use common sense when switching your cat over to a new food. Don't expect her to transition to an entirely new way of eating in one or two meals. That said, don't give up too soon either. The single biggest mistake I see people make time and again is to say that their cat "won't touch" the new food and then panic and fill up the bowl with dry food. Then, shock of shocks, kitty won't be hungry when the next raw meal is offered.

Strike a healthy balance that treats your cat's system gently enough to safely transition her over to better food. I don't believe in starving cats into submission when it comes to eating. For a cat that's been on a high-carbohydrate diet, the risk of a cat getting hepatic lipidosis (fatty liver disease) from going for too long without any food is just too high for my tastes. That's why I recommend switching first to canned and then slipping the raw food into that. If I've said it once I've said it a hundred times: You have got to get the dry kibble out of your house.

Use whatever combination of the following works and makes the most sense for you and your cat: a reasonable amount of hunger, manipulation and trickery, and plenty of patience. 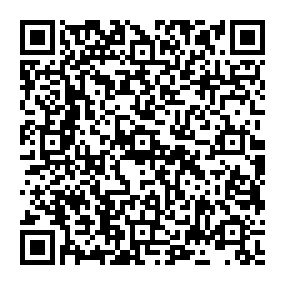